Here’s an excellent article by Doug Brolus, who has trained for over five decades and is still getting results. He’s found out through vast experience ways to train and eat that will take care of your body for the long haul. Here he gives you insights into how to train to protect your joints and improve your results.

When you use a straight bar on preacher curls your hands are locked in one position and can cause inflamed tendons near your elbows (which is called epicondylitis), from too much pressure on the tendons. I use dumbbells so my wrists are not locked in one position. I can rotate my wrists and this will take the pressure off the tendons. I also put a 4 to 5 inch block under the back of the preacher bench to give it more of an incline. This also takes the pressure off the tendons and will give you a much more peaked biceps. 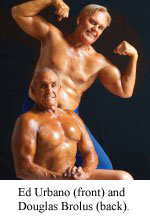 Few teenagers end up becoming lifelong friends with their idols. Yet that’s exactly what happened to Doug Brolus when, as a 15-year-old looking to learn more about exercise, he reached out to Jack LaLanne.

By the time Brolus placed his call to LaLanne’s television studio, he had already developed the traits that would carry him into the rarefied air of celebrities like Arnold Schwarzenegger and Jay Leno. He was persistent, friendly, charismatic, and most of all, open to learning everything he could about exercise and nutrition.

Brolus, now a buff 58-year-old, grew up in Michigan, far from Muscle Beach or the television studios and stages where the early bodybuilding movement of his youth was taking shape. Still, he was always interested in fitness.

Bodybuilding at Any Age

To stay in great shape and look good all your life, bodybuilding is the key to success. 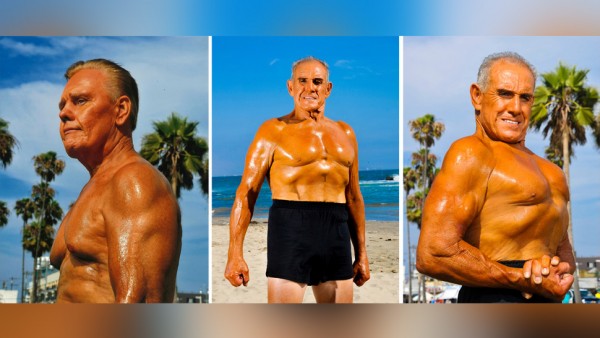 To stay in great shape and look good all your life, bodybuilding is the key to success. To achieve the best growth in the muscle, you'll need to train each type of fiber with different reps and weight. My great friend Jack LaLanne, who died at the age of 96, gave me this great training tip: "Train with heavy weight for 5 to 8 reps per set for size, and after two weeks, change to light weight and do from 15 to 50 reps per set." This type of training will give you size and great endurance.

Do not rest very long between sets so that you can keep the blood in the muscles and get a great pump. In my opinion, it is best to train each muscle twice a week. This will give you enough rest between training sessions to increase the size of your muscles. Keep in mind that high reps, when done, need more rest between sets than heavy weight.

Read more: Bodybuilding at Any Age

The Champions Who Helped Me

Some great champions  have helped me over the years with my training and diet who all become fantastic friends in person. These great men are Joe Weider the publisher of Muscle and fitness, Jack LaLanne, the late legendary Godfather of Fitness, the greatest Mr. Olympia, Arnold Schwarzenegger and Larry Scott, the first Mr. Olympia.

Read more: The Champions Who Helped Me