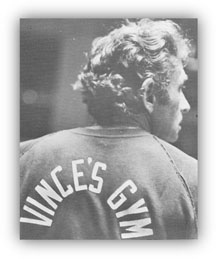 There’s still a lot of interest in Vince Gironda these days. Many bodybuilders are intrigued by Vince’s methods and views on bodybuilding, while many other bodybuilders who are more familiar with his work have a vivid impression of him. After all, Vince Gironda was bombastic, opinionated and strong willed. His views on squatting and dieting have become legendary. He voiced his opinions as if they were holy writ, so his emphatic views usually provoked an equally strong reaction in those who heard of them. You can find controversy surrounding his methods and practices as people still debate them today. Vince Gironda was a polarizing figure in the history of bodybuilding.

There’s a larger and better meaning of Vince Gironda’s bodybuilding work, though, that supersedes the colorful character he was (usually either hated or loved) and any controversy his ideas still provoke. That meaning has to do with what Vince Gironda’s methods and ideas can lend to anyone who bodybuilds today. This is what’s largely been missed, whether bodybuilders are familiar with or not of things Gironda. Also, his personality tended to overshadow his work.

So what is the value of Vince? Take, for example, his stance on squatting. He famously refused to have squat racks in his gym and denounced the traditional back squat, saying it widened hips, spoiled proportions and didn’t build legs effectively. He advocated what sounded like hard dieting, all the way to meat-and-water for definition. So extreme did he sound, people sometimes wondered if he was serious.

But to get a better sense of where Vince was coming from, look at the context behind his pronouncements. He examined and searched and experimented for years with all manner of leg exercises before coming to his conclusions on squats. Similarly, he investigated and experimented with all kinds of diets and nutritional approaches before he arrived at his definition diet. And there is the key to understanding, appreciating, and utilizing Vince Gironda’s work: more important than even the conclusions, which he often modified, changed or made numerous exceptions for-- his spirit of relentless inquiry and investigation.

You don’t think he modified his conclusions, or changed them? Well, he had the Smith machine in his gym on which he performed and instructed his students to do different kinds of squats: Partial front squats, sissy squats, and he was a big advocate of hack squats with many variations on the hack machine. You can easily count a dozen or more variations of squats he taught. What Vince was driving at was to build the best legs, not the biggest, but the most appealing, aesthetic, proportionate muscle to enhance the physique.

The same is true about his nutritional approach. While he advocated many protein and low carb diets, he also advocated and practiced many higher carbohydrate eating plans, and believed, though this was far less publicized, that nutrition was ultimately an individual matter.

Vince Gironda’s work appears deceptively simple—and on some level it does have a simple elegance, like all great works—but at its roots it is an attempt to grapple with every facet of bodybuilding, the exercises, the rest necessary, reps and sets, the amount of effort, as well as ways to eat for health and muscle with special dieting approaches designed for specific results. This was all undertaken to create the ideal physique in Vince Gironda’s view, which was a lean, proportionate, balanced, streamlined muscularity, with terrific shape and eye-catching definition. Vince Gironda at his best was a bodybuilding visionary.

Was Vince always right? Of course not. Was some of his work flawed? Of course. All ideas and methods require further investigation and should be subject to the critical process. This is as true of Vince’s work as anyone else’s. But that shouldn’t obscure the value of what he achieved.

The great champion Steve Davis—an innovator in his own right—who not only was a student of Vince’s but also participated in and helped formulate many of the discoveries and principles of Vince, said to him when he saw Vince in his later years, simply, “Thank you.”

Steve Davis was thanking Vince not only on the personal side, but also for the larger gift of Vince’s legacy, the unquenchable questing, seeking, investigating and experimental spirit which Vince lived out and which exemplified his work. This is what he gave to bodybuilding and bodybuilders today. That is his legacy, the value of Vince Gironda. 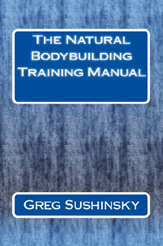