All kinds of athletes, fitness people, bodybuilders, non-athletes, non-bodybuilders, ordinary and extraordinary people talk about what they eat or ask what to eat. Many of these people have completely different nutritional practices from each other. Some are omnivorous, others are vegetarian or vegan, some are high carbohydrate, others low carb, some have no plan at all, and so on. It’s really beyond the scope of this short piece here what to say about all the approaches to eating, but there’s one thing that can be said about anyone and any approach: we can all eat better.
There’s no exemption here, the author included. But what’s noticeable from observation what  as well as extensive research is that there’s always a gap—sometimes a very large one, between what nutritional regimen or approach we set up for ourselves to follow and what we do. So, here are a few thoughts on how to bridge that gap.
1. Drink More Water 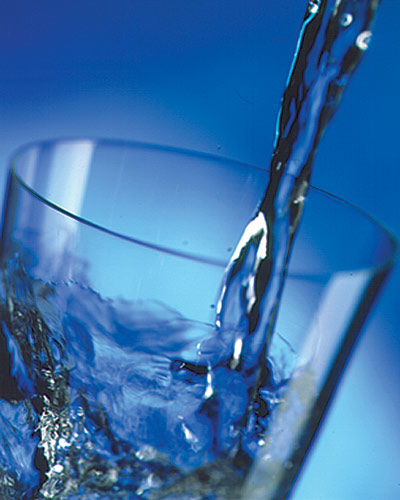 What does this have to do with eating? Water is basic to life, even before food. And one thing again, through observation, despite the talk of hydrating and people recognizing the need for proper hydration, most athletes still drink way too little. And they drink too little water. Yes, it’s possible to drink too much fluid, too much water, but that is very, very rare. Many athletes lifting weights or bodybuilders drink very little or no water (there’s a long, strange tradition of this), as well as athletes in other sports who should know better. It’s not just bodybuilders. There are still cyclists, for example, either racers or serious riders who train very hard, who go for long or hard rides, or sometimes both, without any water at all. Or they sometimes carry it but barely drink it, or sip it occasionally. It’s as if they haven’t heard the news: Your muscles need water to function optimally. Take your water and drink it. Bodybuilders, drink it between sets.
2. Eat Something Good
It’s amazing that bodybuilders rationalize the large amounts of junk they sometimes eat by saying, “Well, it’s only so many calories or carbohydrates …” Listen, a candy bar’s carbohydrates may or may not burn up the same way as a baked potato, but a baked potato has superior nutrition and it’s a real food, not a synthetic batch of goo. Think your body can’t tell the difference? Think again. Occasionally, yes, junk and sugar will get burned up—a marathon runner is going to metabolize that Snickers bar better than a bodybuilder eating it while sitting on the bench between sets.
3. Eat More Vegetables And Fruits

Although there are many different ways to eat, as we said before, there are low carb bodybuilders who religiously avoid fruits due to sugars and even avoid vegetables because they’re carbs. Yes, two days out before a show you may be barely eating anything, so an apple may smooth you out. (Then again, it may not, and it may keep you from bonking on stage, but that’s another thing.) But we’re talking about eating, let’s say, the other 363 days a year. You aren’t going to get fat from the natural sugar by eating apples. It’s true Vince Gironda said not to eat fruit on a protein diet, but that was a zero carb diet, which almost no one can (or should) tolerate. Vegetables aren’t going to fatten you up or smooth you out either. These are good things you should be eating whether you eat a vegan, meat-based, high protein, low-carb or high carb diet. Eat salads, they’re good for you. Also, don’t pass up fruit for candy bars, as so many do. “Well, it’s all carbs.” Yes, but some of it’s junk.
4. Eat Something Real
Natural, unprocessed or lightly processed food—and these terms themselves can be controversial—offer bountiful nutrients, whereas lab-created cardboard stuff that passes for food does not. Yet there is still a very poor understanding of this. There are vegetarians who eat batches of fries and wash it down with light beer. What’s the point of being a vegetarian if your quest is health? Do you really think a steak is more harmful to you than the crap you’re eating? People need to understand the body needs foods which contain real nutrients. The substitution of artificially colored, flavored and processed food has many of us eating lab-created stuff that is really questionable in terms of whether the human body even recognizes it as food at the cellular level or finds it usable. And if it’s partially usable, why not get something entirely usable and eat it, like real food instead? Just a thought.
5. Amounts Matter
Counting calories, carbs or protein grams or weighing food isn’t a workable method for most. Some make this work. Some famous athletes do it. But for most of us, it’s unrealistic. And the whole calculation about calories and carbs and such can be thrown off by sometimes minute changes in activity or lack of activity, as well as emotional states, timing of nutrient delivery, and simply fluctuations in how the body processes food. If you have planned out that you can eat X number of calories on a reducing diet but find you aren’t losing fat, perhaps your body—which is always right and may always overrule our calculations—is saying something else. 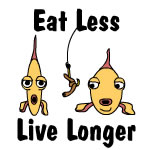 Adjust. You’re probably eating too much food. This can happen whether you’re a low-carb, high-carb, vegetarian, omnivore—anything. And this can vary for the same person at different times. Eating, weight gain and loss, strength and muscle gains and fat loss are all dynamic, interrelated, complex processes going on in the body. They are very seldom linear or one dimensional as presented by all the diet advocates. And yet, the general rule is still to eat less and exercise more to lose fat. So don’t wildly overcomplicate that. 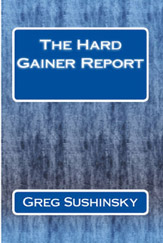