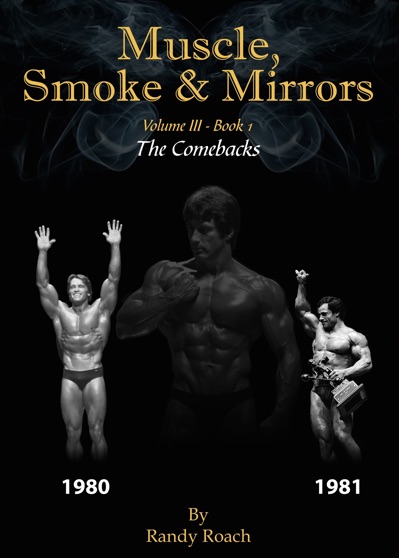 We are pleased to announce the continuation of Muscle, Smoke & Mirrors with the release of Volume III, Book 1. As promised last year, Volume III of this very large book project will unfold in roughly four smaller books. Our first publication, “The Comebacks”, delves into an in depth analysis of the 1980 and 1981 Mr. Olympia contests. These two events marked the comebacks of both Arnold Schwarzenegger and Franco Columbu after five year layoffs that resulted in two of the most controversial Mr. Olympias ever contested.
It was the height of the sport of competitive bodybuilding when these two physique icons chose to once again engage in competition. Did Arnold and Franco disrupt bodybuilding’s best shot at public acceptability? In researching “The Comebacks”, much more detail was uncovered surrounding these two contests from those close to the events and who have never spoken publicly before. We hope you enjoy a new look at a critical time in the evolution of the sport of bodybuilding.
Product Description:
Muscle, Smoke & Mirrors – Volume III – Book 1 – The Comebacks, by Randy Roach
208 pages – Paperback
24 x 16 x 2 cm
9.5 x 6.3 x 0.8 inches
Ships from Canada
Click to buy directly from the Muscle, Smoke & Mirrors website 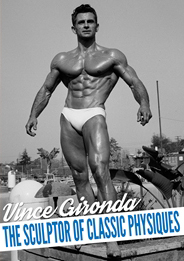