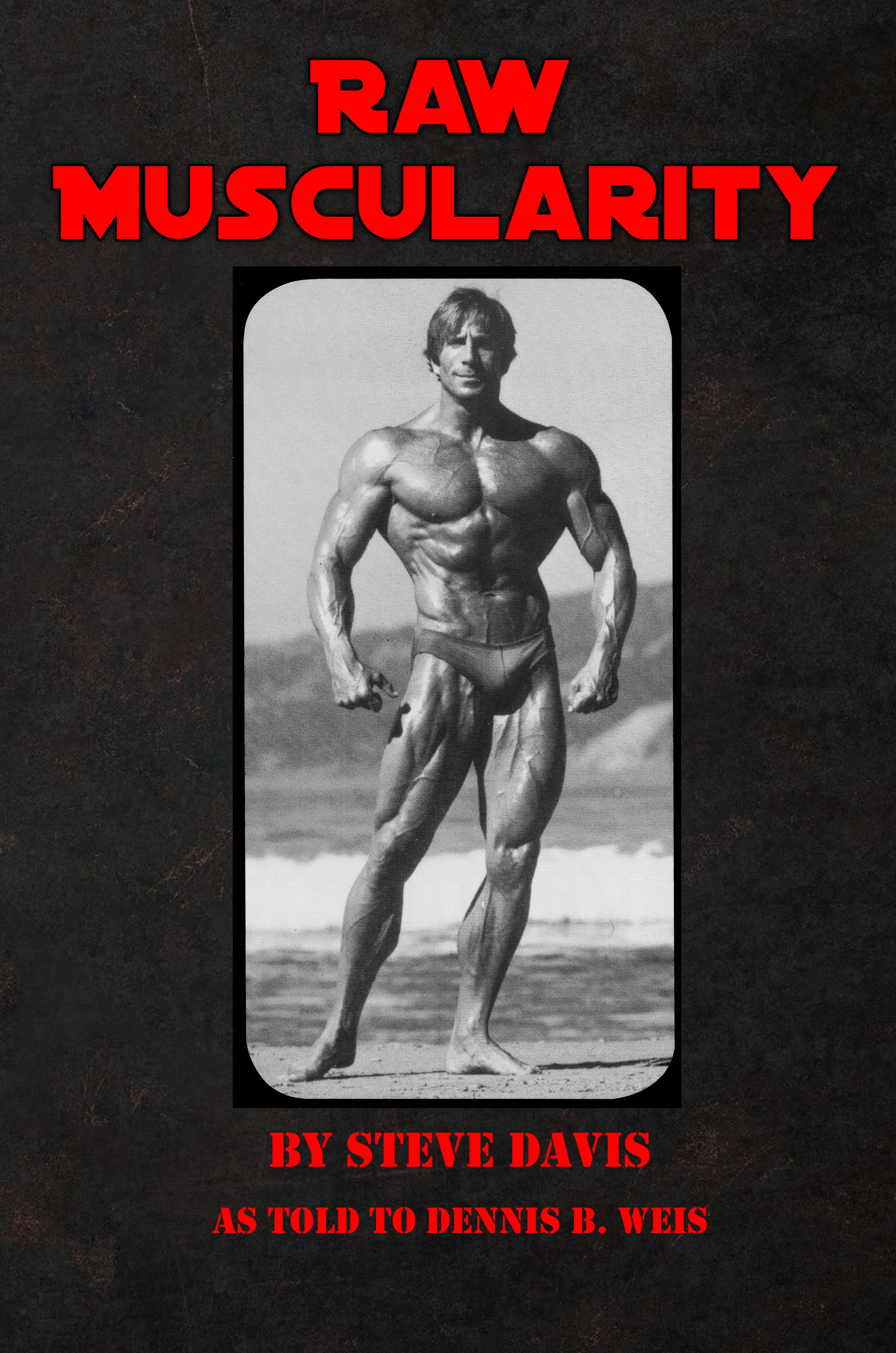 by Steve Davis & Dennis B. Weis

Steve Davis, one of the greatest bodybuilders ever, known for his flawless proportions, magical symmetry and total muscularity, achieved amazing muscular condition in 1980. The bodybuilding world marveled at Steve’s physique and wanted to know how he did it. Steve tells you how in this book.

He gives the exact sets and reps, exercises and the precise nutrition he used to achieve this “Raw Muscularity,” the rippling, hard, defined physique he’s known for.

For years, this information was thought to be missing, but thanks to Dennis B. Weis, the Yukon Hercules and “Dean of Bodybuilding Writers,” Steve Davis’ story of how he achieved his remarkable physique condition comes to light. It’s from a 1981 seminar by Steve Davis which Dennis Weis recorded. The material was rediscovered, so the lost story of Raw Muscularity has been found, and is now available in this book.

Nothing is held back. Steve Davis tells how he trained and ate to achieve what many have said is the best bodybuilding shape of his life.

As a bonus, there’s an interview with Steve who tells how he achieved his miraculous transformation a dozen years earlier, when he lost nearly 100 pounds and transformed himself into a muscular work of art.

Join Steve Davis, one of the greatest bodybuilders ever, as he shares his secrets of Raw Muscularity with you.